We promised Austin that we would do our part to put an END to this awful disease. Upon his passing we made the decision to donate Austin's tumor to DIPG research, giving hope to those diagnosed in the future.  Less than a month after his passing, we launched The Austin Strong Foundation. No child or family should have to endure this brutal disease and we will continue to fight just as Austin did. Austin’s battle was not in vain. We need to do more - our kids deserve more. This is why we have started the Austin Strong Foundation. 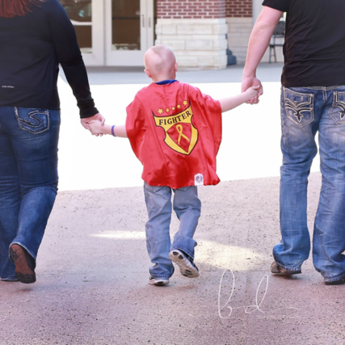 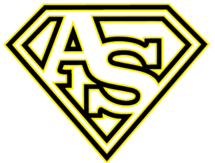 Austin endured several different treatment plans. He participated in 3 clinical trials, 5
different chemotherapy drugs, over 40 sessions of radiation, more needles and anesthesia  than we even want to recall, and survived 2 brain surgeries. Very few children with DIPG  go through one brain surgery let alone two. In Austin's case, there was a large portion of  the tumor located on the outside of the brainstem, which allowed Doctors to harvest it and research it not once but twice! We traveled all over the country seeking treatment  options and consulted with pediatric oncologists, neurosurgeons, and researchers all over  the world.

Austin did ALL of this with that infectious smile on his face and faith  from above. Brave does not even begin to describe him. After a courageous 16 month battle, May 20th 2016, Austin gained his angel wings and was free of the monster DIPG.  The pain of losing a child is impossible to describe and leaves you paralyzed with
questions of “why couldn’t we do more.” 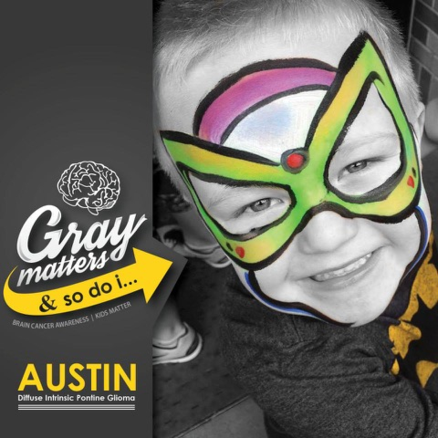 Upon Austin's diagnosis we learned the ugly truth about how little funding and research there is for this devastating disease.

Not 4% for DIPG, not 4% for pediatric brain tumors... 4% for ALL of childhood cancer! That being said, we knew early in his
battle, regardless of the outcome, this was something we would fight for the rest of our lives.